My usual 4 cups milky coffee
1 cup of Fruit tea (400 mls)
1L of water
1 Atkins daybreak bar, was craving something chewy & chocolate. I got them from Boots for £5.25 for 5 bars and keep them for snack emergencies! Also replaces nicely the candy bar at the cinema.
Click to expand...

I am a pretty lousy vampire if I don't get my minimum blood intake, lol... 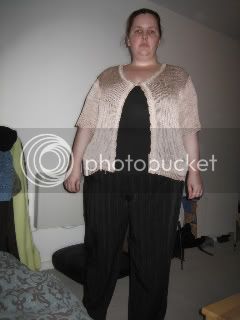 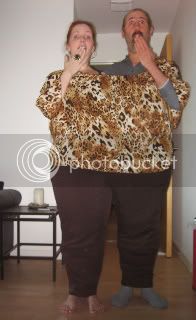 Glenville said:
Have you ever used coconut oil? I was wondering if I could replace the olive oil in some of the recipes with it as it is supposed to increase metabolism, which can only help lose some fat.
Click to expand...

I can't say that I have ever used coconut oil but I am willing to give a try, where would I find it? Not sure I have come across it in Sainsbury's.

phatgirl said:
I can't say that I have ever used coconut oil but I am willing to give a try, where would I find it? Not sure I have come across it in Sainsbury's.
Click to expand...


I've found it in Tesco so Sainsbury's probably have it. It was in the "ethnic" area. It looks like candle wax in the jar/bottle but only needs a little warmth to make it runny. I think I will probably try it and let you know.

Waitrose sell spelt flour, but neither Asda nor Tesco do, at least not in my area.

Whole meal flour can be used instead of spelt flour or you can use soy flour. Just make sure it is something with protein.

saying goodbye to my fat

Just thought I would give this thread a bump in the hope that Nic can come up with some more fab recipes.

I made the 3-bean salad this week and did a very un-scientific comparison of olive and coconut oils. I put olive oil in one half of the other ingredients and coconut oil in the other. Interestingly there was no coconut taste or smell from that half, whereas there was a strong olive oli smell from the other. Not that that was a bad thing. The coconut oil has a higher melting temperature so it tends to be a bit more solid, making that half feel a bit drier. The biggest difference though was the coconut seemed to temper the taste of the onion more than the olive oil which in turn gave me less wind.

Also made the quiche today using ham rather than the prawns and it was delishhh! It made 6 muffin sized quiches and one 8" round. I will certainly be using this recipe again.

I was going to make the banaberry bars today but have now run out of eggs. Oh well, will have to try that one later.

Thanks Nic, any more ideas coming?

Awesome thread!! Thank you so much! x
[SIGPIC][/SIGPIC]

Where do u get the chocolate fudge protein powder also the agave nectar ?

wow at ya pics .. not ya food mind at you, i think you look fabulous welldone
http://tickers.wlsurgery.com/tickers/6lh7p3baz0sgk0b6.png
You must log in or register to reply here.

How to get back to basics and kick-start losing