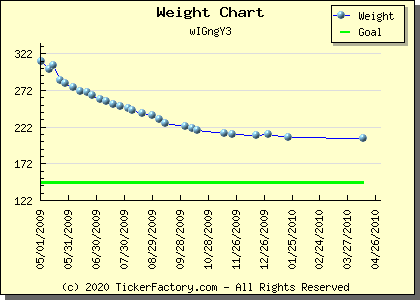 I had my op at Walsall, after doing my research I have found that Kahn is one of the top surgeons in the world so you wont have to worry about the op.
The after care isnt so good though..........lol.


Hi,
Thanks for your post. What was your experience (or maybe non-experience?) of after care?

Well i have had to fight for everything, I've never seen a dieticen and the rest has been a joke to be honest, if I hadnt got the internet I wouldnt have known anything.
As I was the first patient ever to go from Russells Hall hospital for the surgery I was the gunnie pig but nobody told me that. I have been given no advice or support.
I was forgoton about by the hospital and they had trouble retreving my files from Walsall.
They have told me that they intend to "improve" things havin g learnt from me............

That's terrible is there no one you can complain to? Just because you were the first one they should still be sorting out after care. I would be kicking some backsides to get help its your right...xx

Appalling is an understatement. I'd be writing a letter of complaint to the hospital director if I were you.

If I have to be honest I'm not the complaining type I'm very quiet really. I have expressed my concerns to the hospital and they accepted that it wasnt good enough and will try to improve matters for future patients.
I'm still having problems post op and getting help is a nightmare and as I say I'm not the shouting type...........

Walsall it has to be said were excellent, the ward and the surgeons are A1, its just the after care thats very poor. I have since found of a company who for 500 pounds provide everything you need after care wise which knowing what I now know I would deffinately go for.

THnak you for your honest appraisal and I am very sorry you have had so little support.

I will now be questioning Mr. Khan's team a little more closely with regard to exactly *what* aftercare they deliver. It is sometimes about expectations and sadly the patient can sometimes have higher expectations than a service can deliver. But the very least one could expect post-bariatric surgery is diatetic advice!

Well as I said I have raised my concirnes with them, i have a friend who had it done just after me and hes had the same but he's a shouter so he just complains all the time and gets what he wants.
I'm now about 15 weeks post op and I've seen the team at russells hall once in that time, they sent me an appointment through to go on the 7th November which I got on the 5th November what good is that? I cant just drop everything like that to go there, I've now got to wait untill Jaunuary............lol. Really usefull eh? I've got major eating problems still and I've got major problems with my legs which I'm still waiting to get seen about. Considering how serous this op is and believe me its serous, the long term statistics for this op arent that good and the biggest issue is malnutrition, you think they would really be on the ball but there so overloaded with work and so underfunded that its all a joke really. They waste 15,000 pounds on an operation then dont take very good catre of you, crazy I think but there you go. If your a shouter and dont mind pestering them all the time and complaining then you will probably get what you need.

I also have a friend who was goin g to have the op but pulled out at the last minute and he went with me to see them so he could express his concirs which he did in a very gentlemanly fasion and they had no answers to his questions, they have NO expeirence of this op as I was there first back in July/August and then they wrote us a snotty letter to say "stop" picking faults with them and dont ask awkward questions. This is true and I have a copy of the letter to prove it.

Dr Labib was once admired by me but he isnt anymore I can ashure you of that. I've been in his clinic for over 2 years and to this day I've only ever seen him twice. Both time pre op..........

Is your problem with Russell's Hall or Walsall Manor? Either way it sounds like you have had a really bad time of it.

Mr. Khan's team is based at Walsall Manor. Are you saying that the scant (or nil) aftercare you have received is not from any of the specialist team?

I've only ever seen Dr Kahn once, the dieticn is from Walsall and I've never spoken to or even seen her. I had one visit to Walsall post op to one of Dr Kahns teem and he was very rude to me, very unfriendly and very unhelpfull.
The staff on the ward are excellent, and you can phone the ward at any time for advice.
Russells hall I havent found much use to be honest, but as I say my friend goes to Russells Hall and he gets wantg he wants because he moans at them all the time.

wannaloose18stone said:
I had one visit to Walsall post op to one of Dr Kahns teem and he was very rude to me, very unfriendly and very unhelpfull.
Click to expand...


In what way was he rude, unfriendly & unhelpful?

I am sorry I seem to be asking so many questions, but these are very serious issues and I would like to be alert for further dealings with these health 'professionals'.

I have just done another Google on Mr. Khan and found this on another UK Obesity Help site:
http://www.obesityhelp.com/member/debiguz/uzone,photos/

blimey you sure did have arough time am really sorry for your experience, I did question their after care and was told wot I had researched on other sites, how often they'd have me back for check ups, including have prescriptions for vitamins etc, I think i shall have to be phoning them to clarify exactly wot they will be doing for me post op I am not normaslly one to complain either but I have found that over the last 6 months the more you complain the more you get done, so I think this will be my motto from now on.
Terri xXx

I have now started a list of questions I want to ask. I live by lists. Doh!

He was very rude by showing no manners at all, he spoke to me like hje wished I wasnt there and he wasnt interested in anything I had to say, I thought it was just me being silly but when we came out of his office my wife turned to me and said I'm surprised you didnt tell him to F off. So that summed up that.

Brunetteandred said:
In what way was he rude, unfriendly & unhelpful?

I am sorry I seem to be asking so many questions, but these are very serious issues and I would like to be alert for further dealings with these health 'professionals'.

I have just done another Google on Mr. Khan and found this on another UK Obesity Help site:
ObesityHelp - Gastric Bypass, LAP-BAND® System, DS and Other Surgical and Non-Surgical Weight Loss Options. - Photos

I also found Walsall PCTs newsletter with some spiel about the team on it, specifically highlight post-op follow-up:
Major Incident Emergo Event
Click to expand...


The Walsall team are very good to a point, Dr Kahn is a very nice man and the team on the wards are superb.
As long as you dont mind phoning people all the time then you will be fine.

You must log in or register to reply here.

B
walsall manor hospital no funding

Anyone heard of Mr Jeremy Hayden at leeds

Had 1st Appointment at Walsall Manor